LAWS ARE FOR THE RICH 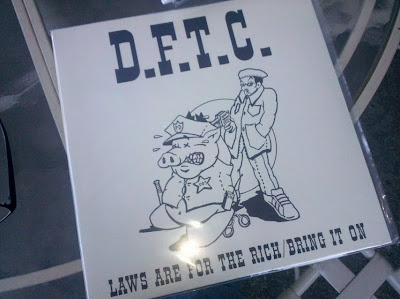 I discovered this 12" through my buddy Ken Prank (locals may know Ken as a record swap regualr as well as the mastermind behind the killer punk/hc label Prank Records). I snagged a few cheap lp's off one of Ken's recent set sale lists and he warned me that they were not in the best shape. To make up for that and the fact I was paying for him to ship them 20 miles, he said he'd throw in a rap 12" he'd found a bunch of sealed copies of at Goodwill. It "isn't a heavy," he told me, but I still curious to see what it was as Ken digs for records in the Bay harder than most dj's and producers I know (if you put an ad on craigslist with the word "records" in it, you can almost guarantee a response from Ken). I wasn't sure what to expect, but when the package arrived and I saw the DFTC 12", the cover hit me like a ton of black bricks: a dope line drawing of a b-boy with a gun to the head of a fat pig cop. Damn! What a sick cover! I flipped it over to see who drew it and low and behold it was Dug One TMF. I glanced over the credits and none of the names rang any bells except for Ken Lee being the mastering engineer. I threw it on and the first thing that popped in my head was PARIS. MC Mike P., "The Mex In Effect", was obviously feeling P-Dogs black empowerment vibe and flipped it Mexican style for DFTC (Down For The Cause). From the Black Panther samples to the tempos to Mike P.'s cadence -- Paris. "Bring It On" is an uptempo call for revolution: "This is war / and I'm in it to win it / I'll drop the mic and grab a gun in a minute". The 808 on this is relentless and I can't help but imagine that co-producer J-Spina was using a Nissan minitruck as his monitor speaker when laying this down. And the drums hit hard, really hard. The kick rhythmically knocks a wheezing robot in the chest, apparently hanging on just to bust a fresh rhythm scratch and let everyone know that, while the revolution will not be televised, it will indeed test the engineering of various imported chassis rolling Vogues up and down Mission St. The flipside, "Laws Are For The Rich" is a bit slower and has more of a Public Enemy with it's Bomb Squad style production. That fucking 808 is still there, booming like a mother fucker, upsetting uppity neighbors all over the 415. "Go ahead and call the cops on me and my boys for beatin' out my Maxell copy of this 12. I got my 9 stashed in my Kangol under the seat." At least, that's what it sounds like the song is telling me. And check that breakdown out, this track megamixes itself! So after wiping the drool from my chin, I set out to google this lil guy. I was already bugging because there is no date printed anywhere on the sleeve or label (I'm guessing 1991), but when I discovered there wasn't even a discogs entry for this I was further intrigued. In fact, the only mention on the web I could find was an old Hip Hop Slam post by Billy Jam which mentions "writer/emcee Michael Perry (formerly of DFTC)" as author of the childrens book Turntable Timmy. Suddenly I flash back to the last bookstore job I held (working for one of the biggest assholes I've ever had the displeasure of working for) where I was consistently trying to stretch three hours of work into an eight hour day, the only male working in the store, trying to down out the menopausal crying and ex-husband phone calls of my worker who sat behind me. One day I was doing some mindless data entry at my desk when I overheard "...and the artwork was done by Doug Cunningham, a local graffiti artist." My ears pricked up and I started eavesdropping on the conversation. Turns out it was Michael Perry (aka Mike P.) trying to hustle his book to our childrens book buying mess of a human. I waited till he was done with his pitch, she agreed to buy a few books and got up and introduced myself. I told him I overheard him talking about Dug One and Q-Bert to which he responded, "You write?" We chopped it up for a bit before and Mike was mad cool. I wished him luck with his book and went back to my desk, realizing that I just let my annoying ass coworker in on some shit we typically keep secret. I wish I would have been hip to this DFTC 12" then. That would have added a bit of extra irony since the owner of the store was a filthy rich former attorney who probably grimaced the minute he saw the Turntable Timmy books The Mex In Effect had just snuck in through the back door!

Pilot Rase writing rhymes in the motorhome studio circa 1997.
Warrior Paint is a previously unreleased demo by FTA.
FTA - Full-Time Artists-Four-Track Anthems.  In order on this jam: Unbreakable Combz, Triangulum, and Pilot Rase.  They all rap; they all do production.  I think they made this in early Two-Triple-Omega.  A perfect example of Milpitas' contunued legacy of demented skillz, fly tags, and intricate pieces.
WARRIOR PAINT>>>>
Posted by Smooth Triumph at 12:23 PM No comments:

In the last couple of years, the “crud coalition” (as the late great Killa Sha would say) known as GURP CITY has become the most talked-about wild bunch in San Francisco Hip-Hop. Bringing music fans from all over the country to Club 6 in the Tenderloin District, GURP FEST 2010 focuses on reunions, big names in the scene and fan favorites from around the Bay Area and beyond.

This year’s fest promises to incite total ruckusness: Headliner TOPR has curated what is undoubtedly the strongest lineup to date, and has also expanded the event to include more scratch and megamix DJs than ever before. Beginning 9:30 PM FRIDAY DECEMBER 17TH @ CLUB 6, GURP FEST will blister San Francisco with the wide range of local and distant styles that rap and DJ fans have come to expect from “The City In A Bottle,” a.k.a. GURP CITY, check the logo, relly.

The fest culminates on Saturday night at Gestalt on 16th Street in the Mission District for DJ Toph One’s 40th Birthday Bash, where GURP CITY MCs and DJs will “cut heads” in an off the cuff crew session, dive bar style.

The festivities actually jump off TOMORROW NIGHT: Dec. 15th Wednesday at this party featuring other local legends and up and comers- Bored Stiff, Gas Mask Colony and Spank Pops:

Here's Gurp City's latest under TopR&FMJ's Gurp City South logo - Foulmouth Jerk featuring Artifacts - "Back Up On The Scene." TopR on the beer spit up cameo!! Beat produced by Cutty Bang.
Posted by Smooth Triumph at 11:28 AM 1 comment: 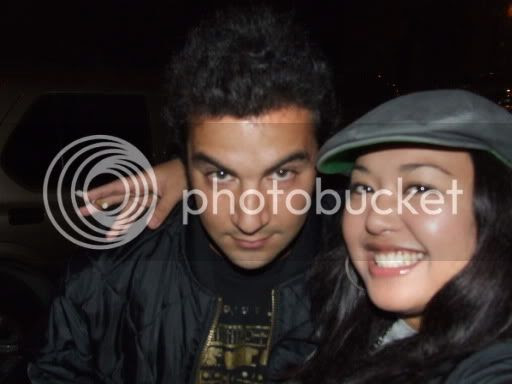 The story as I know it (and I assure you I'm wrong) goes something like: Marz made this mixtape while still in high school in Millbrae to capitalize off the local noteriety he received after crushing some soft duck at a lunchtime DJ battle in the school's courtyard judged by DJ Disk.  Marz has this battle on VHS tape and I hope this encourages him to digitize this footage and upload it to the inna-webba-nets.  BUMP SPACE TRAV!!
MARZ HIGH SCHOOL MIX SIDE 1
MARZ HIGH SCHOOL MIX SIDE 2
Posted by Smooth Triumph at 11:05 AM 1 comment: 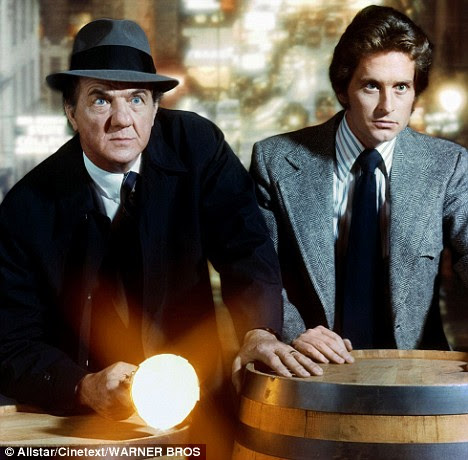 Rob Rush from Rec League sent me these, and nobody knows who they are by let alone the titles... DO YOU?  The birth of Bay Area backpacker style was dope when all the songs revolved around pretty much the same 3 themes: being broke, selling/smoking weed, and girl trouble.
Rob said these two were found on a tape of early Hiero and Sole Sides demos.  Is it Sha-men?  Snupe? Good guesses, but we're not convinced.  One of the songs mentions Lake Merritt, so we're definitely thinking East Bay (possibly North Oakland), but that's our only lead.  We have no proof, no suspects, no motive... I know the answer's going to be an obvious one and I'm gonna slap my forehead like a doomkoff!!  If you have any clues or the answer (with proof optional) itself, please help us unravel this mystery... dum dah dum dum...
EARLY 90S BAY AREA MYSTERY DEMO 1>>>>
EARLY 90s BAY AREA MYSTERY DEMO 2>>>>
Posted by Smooth Triumph at 10:10 AM 12 comments:

MISSION CARTEL LIVE ON THE RADIO

Megamix live on the radio Fall of Twenty-One-Omega courtesy of DJ CIKEE & KPFA's (Berkeley) annual fundraiser.
Mission Cartel (DJs Quest (BPSH) & 2 Fresh) is joined by SF's DJ B-Cause for an hour & 15 minutes of the future funk, great hip-hop, enjoy it burnouts! And find more of the like at DJ2fresh.com
(peep the player in the middle of the page)
and download the radio show here:
MISSION CARTEL LIVE ON KPFA FALL 2010>>>>
Photos (from top to bottom):
DJ 2 Fresh gets biz on a serious stack
DJ Quest: Scratch Innovator
Mixmaster DJ B. Cause 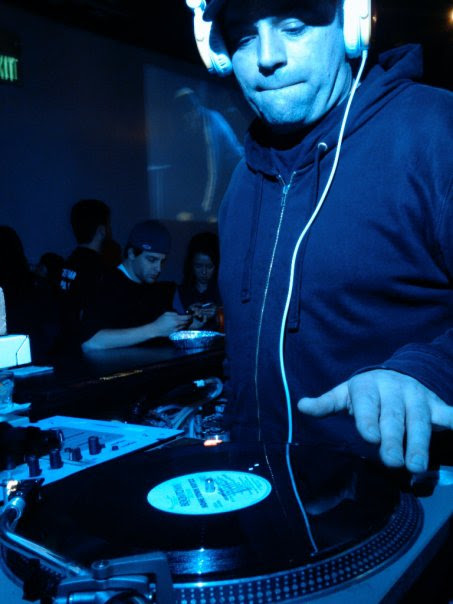 Posted by Smooth Triumph at 8:56 AM 4 comments: